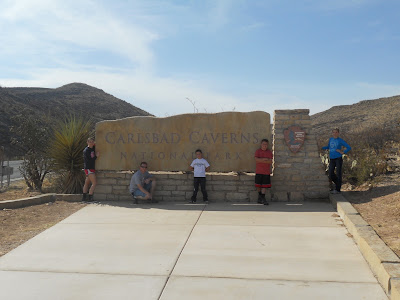 This summer we took a 3+ week long family vactation.  It was a classic road trip.  We rented a mini van to hold all of our stuff, and off we went.  The first of our many stops was a long anticipated by me (35 years:)  visit to Carlsbad Caverns.  I have been fascinated by caves and cave formations since I was a child, and have always wanted to visit Carlsbad.  I was worried that after wanting to see it for so long, it might be impossible for the actual experience to live up to my expectations.

The week before we went there were massive "forest" fires (I put forest in quotes, because does New Mexico really have forests?) that burned the entire Carlsbad area.  The park was actually closed for several days, and they had fire patrols surrounding the visitors center to protect it from the flames.  Fortunately it had reopened by the time we arrived and amazingly enough nothing smelled like smoke.  Here is Harrison standing where you can see the terrain surrounding the Visitors Center.


You can see how it burned right up to the edges.

We decided to walk down into the caves via the natural entry. 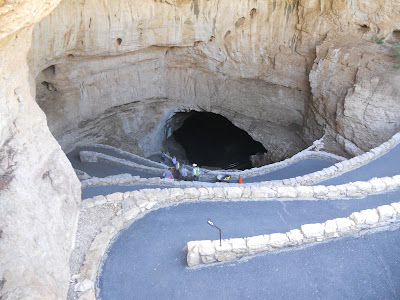 Just before you walk down there are multiple signs reminding you to not touch any of the cave formations. Finger oils contaminate and prevent them from continuing to form.  The Park Rangers are smart and know that everyone will want to touch one to see how they feel, so they placed one outside the entrance and encourage you to touch all you want - and LEAVE THE REST ALONE! So we touched it. 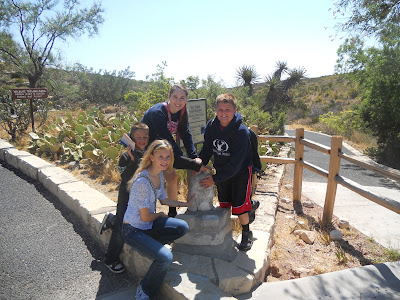 Here are some pictures as we were hiking down. 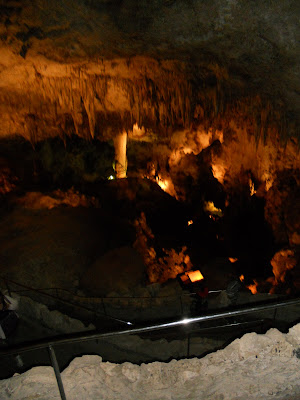 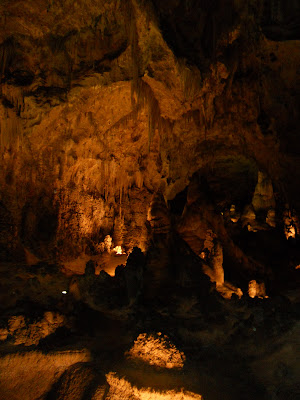 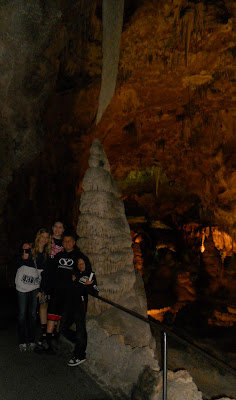 It was incredible - and a waaaaaaaaaaaaay better experience than just taking the elevator down.  We saw so much and it was neat to feel the change in temperature and atmosphere as we descended.

Once we got to the bottom we were able to wander through the enormous rooms of the caverns.  We had rented wands that provided us with a self guided tour.  Before we left, our Bishop had told Ryder about the "Bottomless Pit" where there was a huge drop off in the caves.  Ryder anticipated seeing the bottomless pit for weeks. Here he is when he finally got to check it out.

Darren had been to visit Carlsbad Caverns as a child, which made me jealous.  However, when he recreated his ONLY memory of the experience, I was no longer jealous. 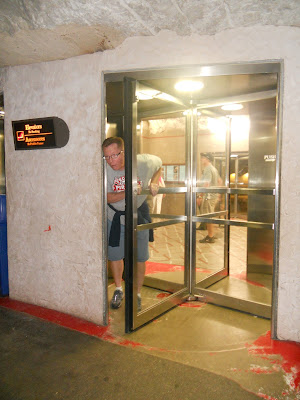 Somehow as a child, he got his head jammed in the revolving doors by the elevator.  I will now try and refrain from making comments like, "Well that explains alot."  Because that would be cruel ;)

Here are a few more pictures from the caves. 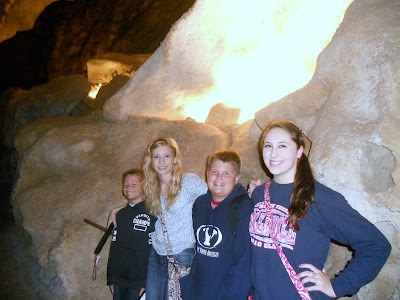 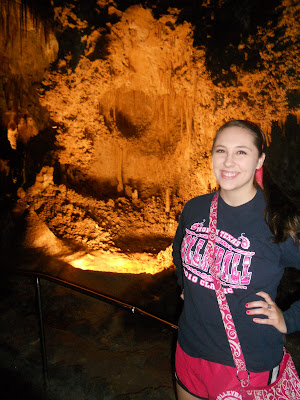 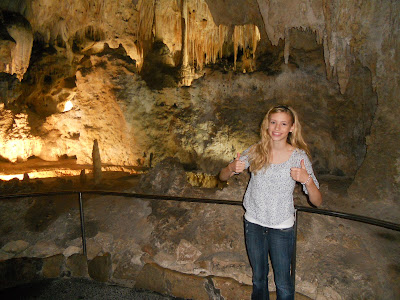 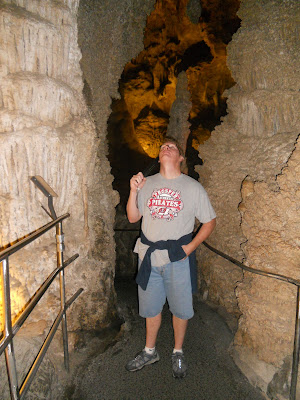 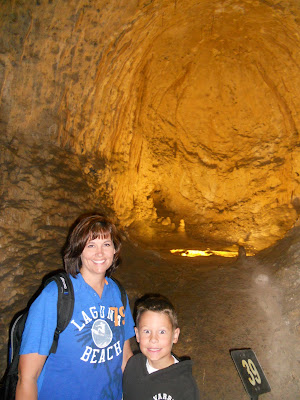 OK, I'm laughing right now as I realize why Ryder has such a "crazy cave face" in all of his pictures.  The first couple of pictures we took of him he blinked because the flash is so bright in the caves.  So his eyes were closed in the pictures.  I asked him to try and keep his eyes open when I took the pictures.  Aparently, he listened and made a real concerted effort!

It was an amazing day, and it FAR EXCEEDED my expectations.  I loved it.  Can't wait to go back.  Words just can't describe the majesty and enormous volume of the caves.  They should be included as one of the 7 Wonders of the World.