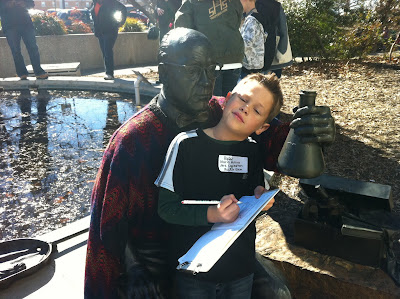 This past week I went as a chaperone for Ryder's 2nd grade field trip to Elm Fork Education Center at the University of North Texas.  What a great day!  I have attended quite a few field trips over the years with my children, but this was one of the best ones.  They were so well organized and kept the kids actively involved and learning the whole time we were there.

When we first arrived, our group watched a show in the planetarium about seasons.  Next we went to a class and learned about archaeology and how to set up an archaeological dig site.  Once they had learned how, the kids got to go be archaeologists and unearth discoveries in a mock dig site. Here they are getting some last minute instructions: 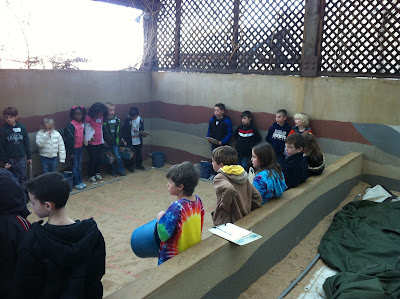 And starting to dig. 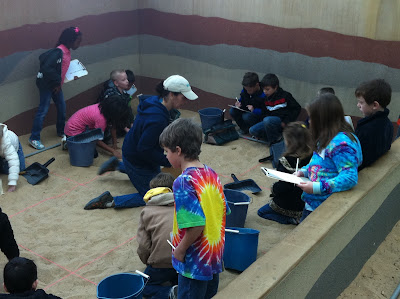 Ryder recording where his partner discovered a fossil. 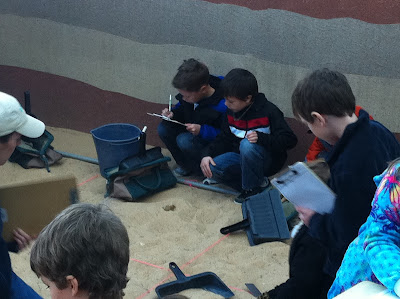 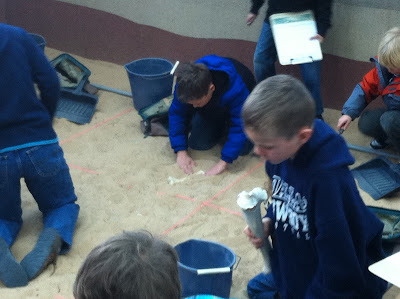 Then each group put their map of their unit of the grid on the larger dig map.  The collection shows what was found in the entire dig site. 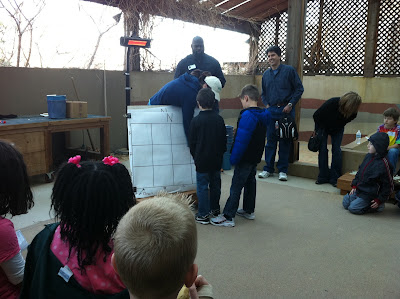 The kids also participated in an aquatics study where they were assigned either the waterfall, pond, stream or wetland.  They used instruments to measure flow rate and oxygen saturation, then analyzed their data to see if it supported their hypothesis.

It looked something like this, but I was helping the kids and didn't get a chance to take pictures! 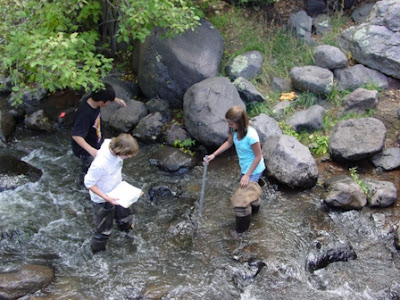 At the end of the day they searched animal statues on the site and categorized them as predator, prey or both. Here are Ryder and a classmate discussing how they should draw and categorize some prairie dogs. 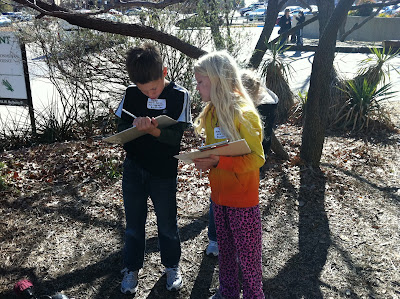 Wish I would have taken more pictures!  It was a great day :)
Share |