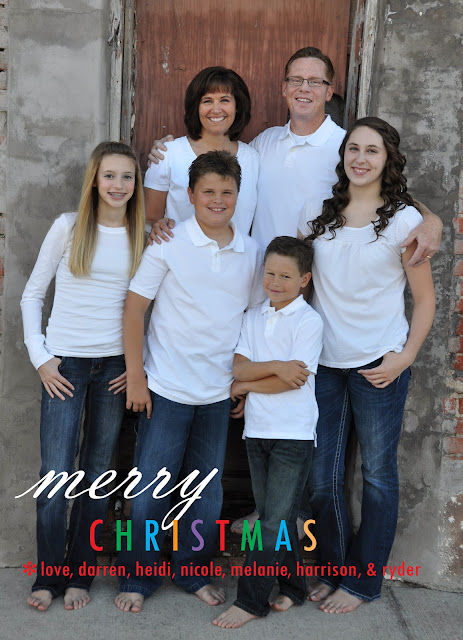 Warm Christmas wishes from our family to yours this holiday season!!!  We are excited to celebrate the birth of our Savior and what a wonderful gift that it was.  Recalling 2010 makes us thankful for the blessings of family, health, & happiness.  We have had a busy year and would like to share a  few highlights (click on pictures to see them larger or on the highlighted links to see more about that topic). 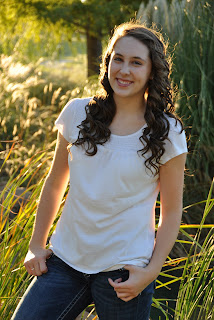 Nicole turned 15 this year and is quickly approaching that milestone 16th birthday.  We have been "enjoying" riding with her as she learns to drive.  So far she has done well if you don't count some curbs and lawns that now have tire marks on/in them :)

She also finally got that puppy she has been begging us for for years!!  I guess dreams can come true. (click here for the puppy story)

She still plays a mean game of volleyball.  She was chosen to be captain of the JV squad, and was moved up to varsity to play a few games.  Prosper volleyball made it as far as the Regional Final game, but lost to Lovejoy - the #1 volleyball team in ALL the state of Texas.  Prosper finished 5th in the state. She recently tried out for and made the 17's National team for the Texas Titans volleyball club, so she will continue to play volleyball throughout the school year.

Finally, she has served as Mia Maid class president for the last year, but that will change in January when she turns 16. 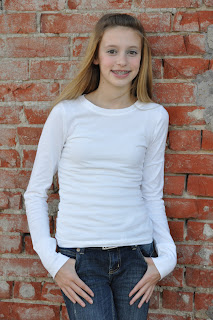 Melanie turned 13 this year (that makes 2 teenagers in the Romney house!).  She continues to be an outstanding student. She made the high jump team at school in the spring which was something she had never tried before.  She discovered that she really loves to jump and is quite good at it.  She finished the season taking 4th place at the district meet.  She also played volleyball on the 8th grade A team.  Her team won their district, and in fact did not drop a set the entire season!  She is currently playing her first club volleyball season on the 14's Elite Texas Titans Team.

This summer she and Nicole split time babysitting for their cousins and training Blossom to do tricks.

At church Melanie is serving as the Beehive class Secretary - perfect for an organized girl like her! 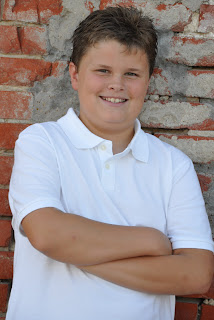 Harrison, or as we like to call him Big Handsome, is 10 years old and a 5th grader at Rogers Middle School this year.  He has lots of friends, and you can usually find him playing football out in front of the house with kids from the neighborhood.  This summer he and his friend Ty spent many hours fishing in the lake out front.  They even caught some decent sized fish!

He played football for the 5th grade Prosper Eagles and is currently playing basketball for Da' Heat.  His basketball coach, Coach Slim, gave him the nickname of SlowMo a few years back, because "he has so many skills, the only way you can see 'em all is in slow motion!" ;)

This summer he spent a week at Cub Scout Twilight Camp and is currently working on earning his Webelo Award. 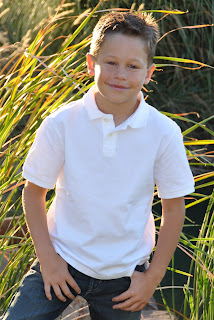 Ryder, the Romney caboose, turned 8 this year!!!  He was baptized on November 27.  He was also excited to turn 8 because now he can go to Cub Scouts too.  He has earned his Bobcat award and is working hard on earning his Wolf award.

Ryder played his first season of tackle football this year for the Prosper Pirates.  He loves to play, did really well, and had some great coaches who taught him not only about football, but about responsibility and accountability.   A few weeks into the season Ryder broke his pinky finger when another kid was horsing around and knocked him down. This led to some x-rays, and a couple of weeks of missing practice and games.

Ryder spent his summer playing outside with friends and swimming in the pool. Darren and I spend our time making sure everyone gets to scouts, mutual, church, school and sports on time.  We love watching the kids play in all of their many sporting events.

Darren is currently teaching Seminary to the Freshmen at 6:00 am every  morning.  I continue to be the Stake Family Search Indexing Director.

We have LOVED having family come to town.  We had a great time with Grandpa and Grandma Muffett at the Fort Worth Stockyards, and felt so lucky to have my brother Win and his family come spend some time with us early in September.  We had an awesome time together, and my brother (an Oregon State alumni) got us awesome seats in Cowboy Stadium (4th row!!!!) for the OSU vs. TCU football game!  We also had a couple of great visits from our Houston cousins, the Tonini's, and were able to enjoy Six Flags and lots of swimming.

Once again, Merry Christmas to y'all from our family to yours.  We send you our love and wish you a warm and wonderful holiday season! 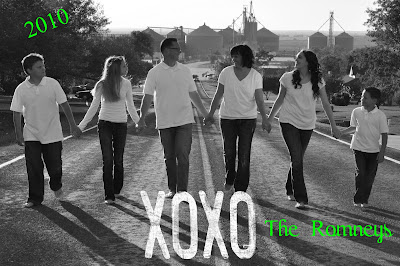 Love it!! Such a cute card. Do you print them out and send to far away fam and friends, or are you "green?" :)

Thanks Andrea!! I had another card made for mailing out. This one's just for the blog.

The Christmas card was great. Your family photos turned out wonderful:) Give everyone a hug from the Molalla Muffetts! Wish we could see you over the holidays! xoxo-Lacee

LOVED IT!! You never cease to amaze me Heidi -- What a fabulous family you and Darren have raised.