My Secret Garden - Motivating or Discouraging? 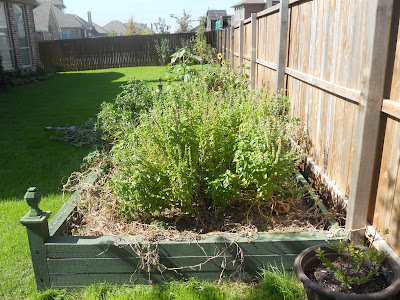 My garden is a mess!  I haven't done anything with it in months.  No watering or weeding or trimming or picking - nothing.  I ended up with a few spare minutes the other day and thought to myself, "I really need to pull up some of the weeds and dying plants before winter sets in."  So I went out and started working and lo and behold found this: 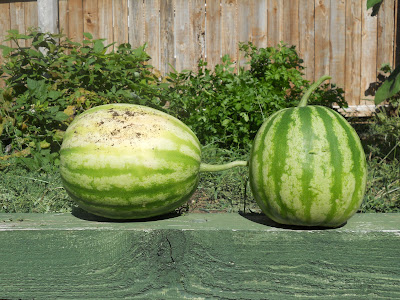 I also found these raspberries which was a surprise since it didn't appear my 1 year old raspberry bush was producing berries, but I guess it was. 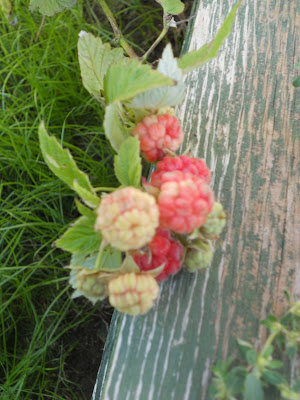 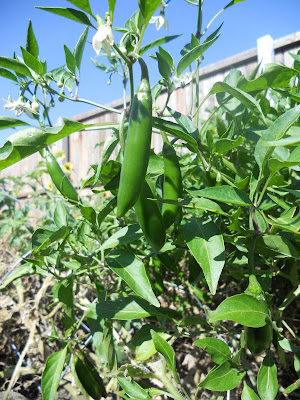 We had many wonderful cantaloupe this summer, but I thought all the vines were dead and that they had stopped producing - I guess I was wrong! 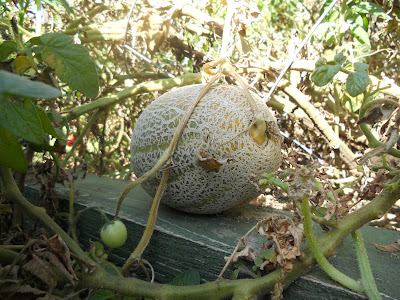 I also had a wonderful beet crop this summer, and left some of the smaller beets in the ground when I picked the rest to can them - looks like they grew up :) 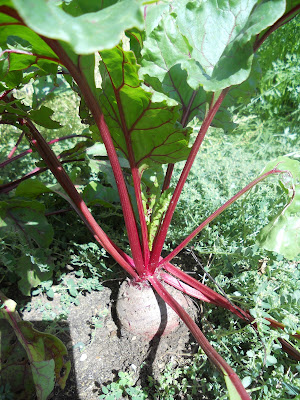 I also pulled up my 6 sunflower plants at the end of summer - they were attracting too many bees!  I guess they weren't ready to go yet (the bees or the sunflowers). 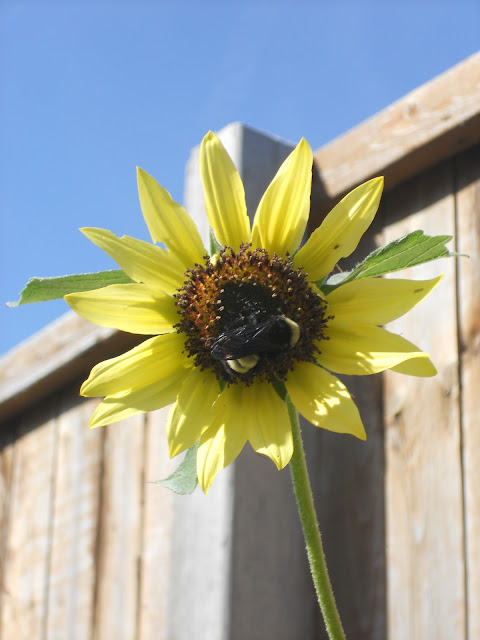 All in all it was a wonderful surprise harvest.  I still have more beets and carrots and tomatoes and raspberries yet to pick.  I also picked lots and lots of tomatoes this day, but they didn't make the pictures. 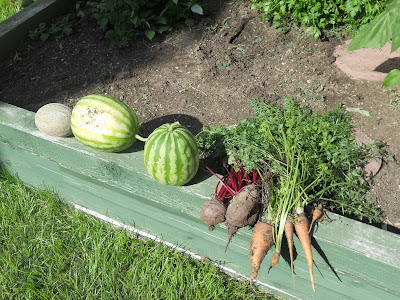 We have obviously had some magnificent weather this fall - sunny and 80 degrees most every day.  A rain shower would come through once every couple weeks to keep things wet.  I'm embarrassed to admit that I don't think my garden did half as well when I was actually tending it.  Next year I think I'll just toss some seeds on the dirt and come back in a couple months to see what grew.  Neglect - the key to a bountiful harvest.

I always suspected that neglect was the key. Thank you for proving it. Maybe I'll plant a garden not to take care of next year!