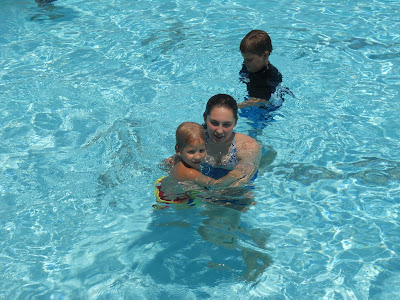 Nicole was recently asked if she could teach swimming lessons to an adorable little preschooler.  I know... whaaaaaaat? We Romneys can swim, but we're not exactly known as having exceptionally spectacular swim skills.  It turns out the little guy just needs some one on one water time a few days a week, so Nicole dove right in and accepted the offer!
They have been doing the usual holding on to the side of the pool and kicking, practicing treading water, and he can even swim a short distance to get to her. 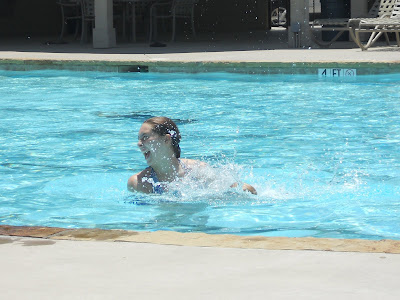 But what they really like to do is jump in 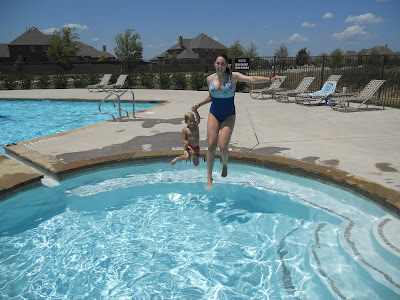 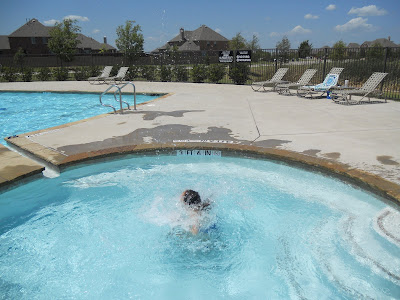 Phew - they made it! 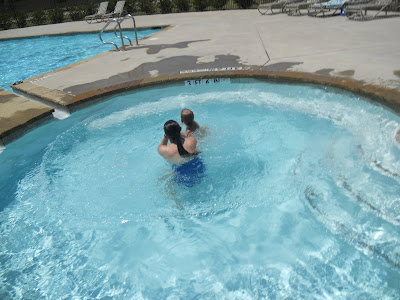 But of course her little student had a better idea. . . 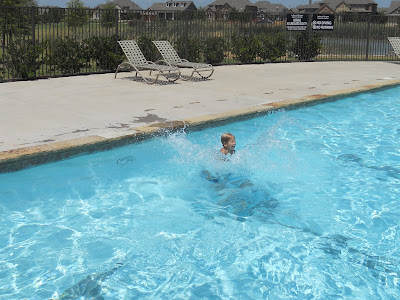 You may think he was super brave and jumped in himself. . . 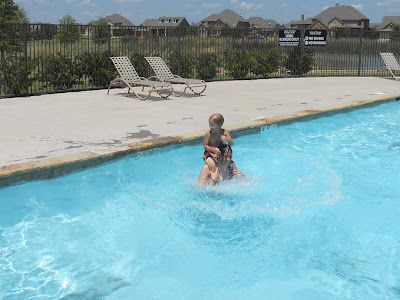 No, he gave Nicole his bestest little grin and got her to jump in with him on her shoulders!!! 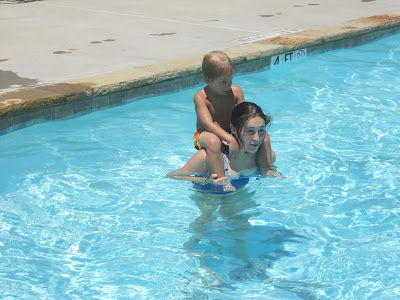 Of course she did it, because they have a little mutual admiration thing going.  He told his dad that he has a new swim teacher named "way cool" (awesome! sounds like Nicole right:), and that she is "weally pwetty."
I know, adorable!
Share |

Super adorable. Do you think 'Waycool' would wait for him?

What a lucky little guy to have sweet Nicole as a swim teacher! Fun pictures.

The girls want to come and swim with Nicole!
xoxo, lacee