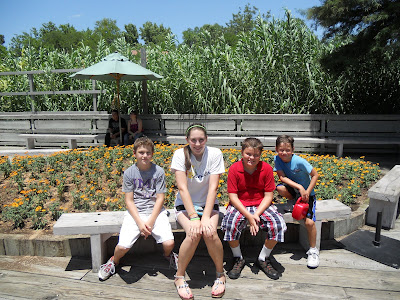 Yesterday I took 4 kids to Six Flags and we had a blast - although it was super muggy and over 100 degrees outside.  Our cousin Carson was with us, because we did a "cousin swap" this week and sent Melanie to Houston to spend time with her cousin Corina, while Carson came and spent the week with us.

We were thirsty all day long - so thirsty in fact that even public drinking fountains seemed refreshing! 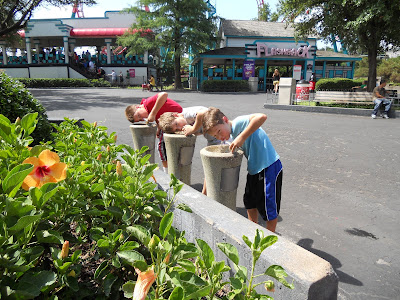 It was a great day to go other than the heat.  The crowds were not too bad, so the waits were very short. We rode several of our favorite rides more than once. 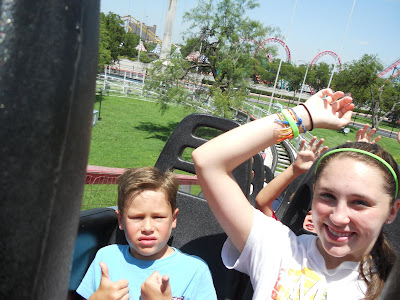 Here are Nicole and Ryder as we headed up the old wooden roller coaster "Judge Roy Scream" for a second time.  You can really see the fear in their eyes. . . not.

Here's Carson on the way down. 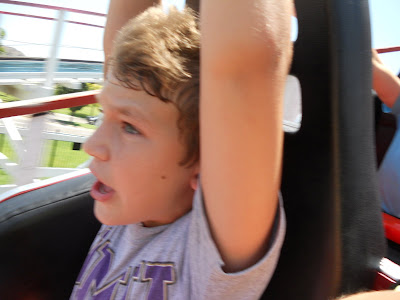 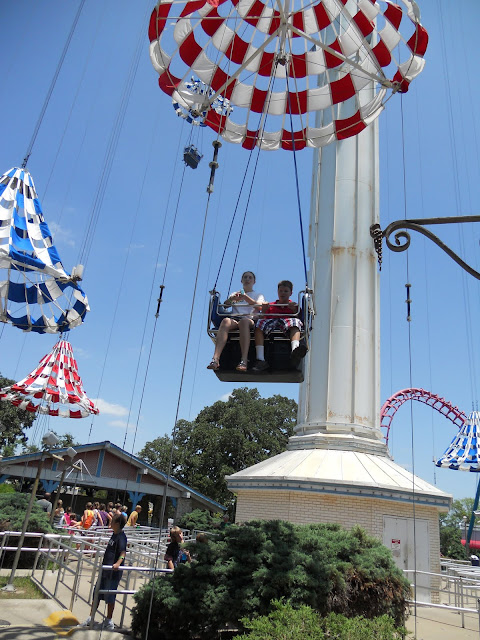 Sadly, as I age my sense of what rides are the most fun changes.  I loved this one called the "Texas Chute Out."  It has all the sense of thrill of a roller coaster.  You sit in this chair and they gently raise you to the top where you have a wonderful view, then you drift back down feeling a gentle breeze as you go - just wonderful!  The kids liked it too - Ryder was the one who asked to go on it again. 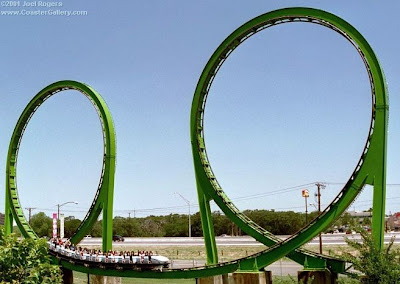 Then there was this one called the Shockwave.  As we were sitting in the ride waiting to take off, I said to Ryder, "Look at those loops that we'll be going through - it looks like binoculars."  To which he said, "No, it looks like 'shift' o, 'shift' line, 'shift' o."  The kid thinks in keyboard and he thought it looks like this. . .

He may be onto something with that one.  He's gonna be a mighty fine text messenger someday.  I guess I should be proud. 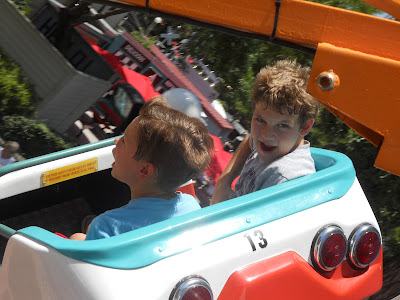 Here's Carson and Ryder on one we all enjoyed called Crazy Legs.

I made them wait to do the water rides until the end of the day, because I didn't want to walk around all day wet.  This picture was taken at the end of the ride - you can see we are dry, the boys were bummed, but I was very appreciative.  Especially when I looked at the poor mom sitting directly across from me who was completely soaked - her family got all the water that trip!  Fortunately we went on Aquaman a few minutes later and the boys got drenched (me too, sigh...) 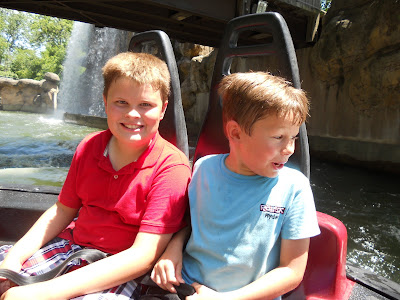 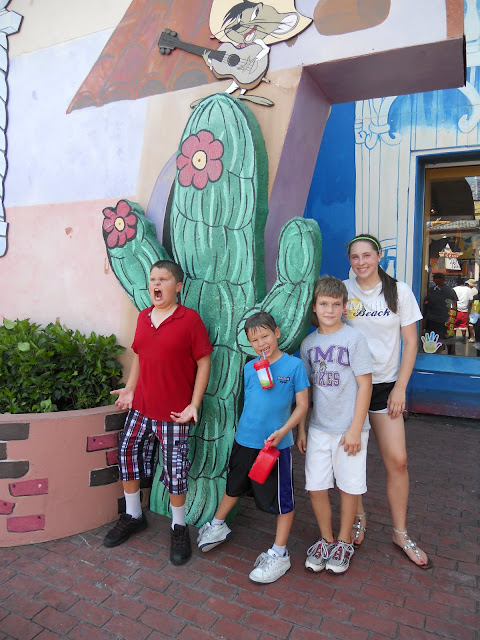 All in all it was a mighty fine day.  And I was lucky this time because Ryder was too short to ride the really adventurous rides, so I was able to sit those out.  There was a time in my life when I would have felt really discouraged by this, but on this day going on FlashBack twice was more than enough!! 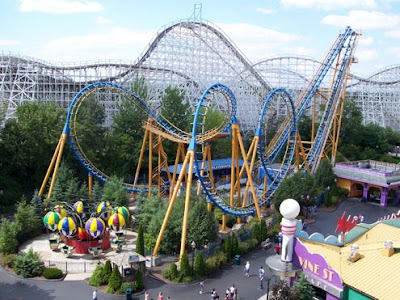 OK, so many comments...I'm impressed that u rode rides...I spent a day at Lagoon and did not ride one single ride. I was on a migraine prevention kick. And, if Nicole teaches Ryder half of what she knows about texting, he'll be a pro in NO time at all!! Looks like FUN!!