The theme for this year's Twilight Camp was a fun one - C.S.I. which stands for "Cub Scout Investigations."  Each walking den (we were walking den 19) made a camp flag to carry with them throughout the week.  Here's a picture of our boys making their flag.  The big swirly stencil is of a fingerprint. 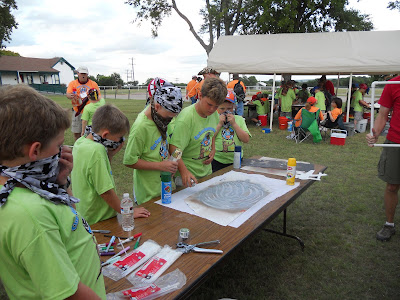 Here's what it looked like when it was all done. 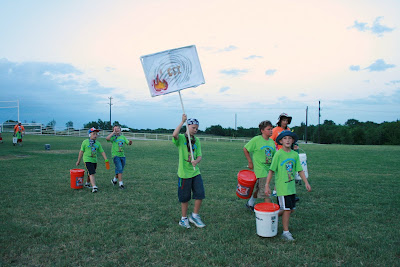 Speaking of fingerprints, the boys had a station run by a real C.S.I. from Collin County.  She taught us all about fingerprints and crime scenes.  The boys got to dust for their own prints. 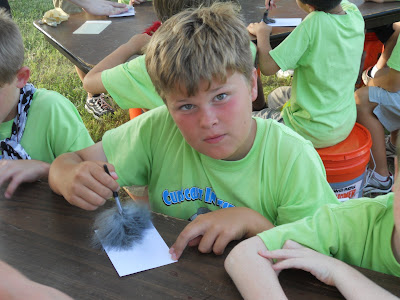 They also had a woodworking class 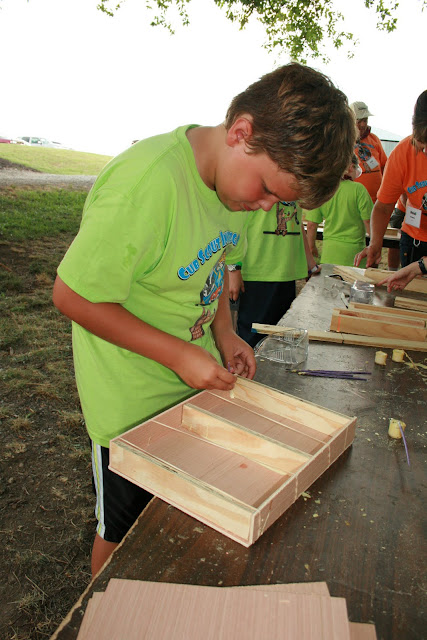 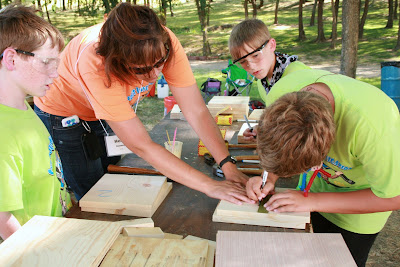 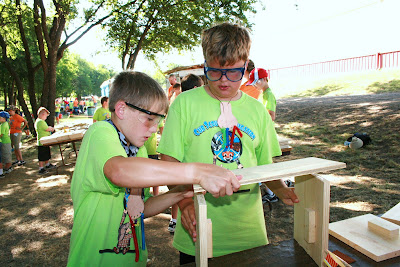 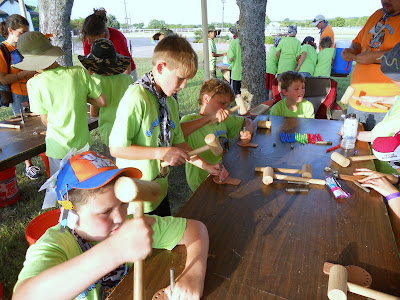 They built campfires and made chili (nothing like a hot bowl of chili when it's 100 degrees outside :) 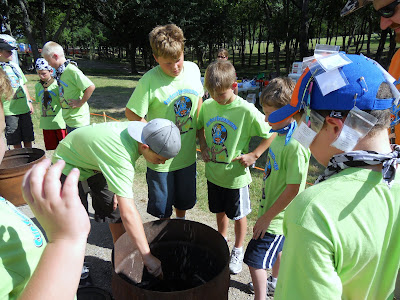 And played lots and lots of games!! 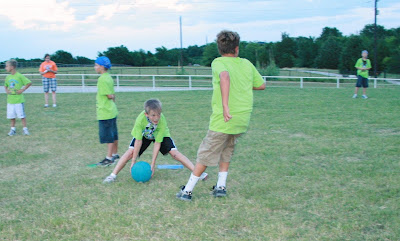 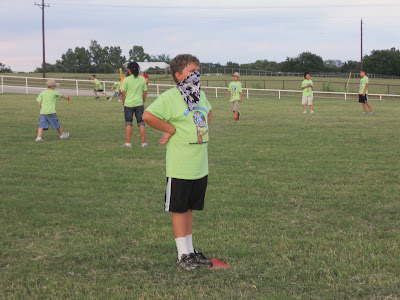 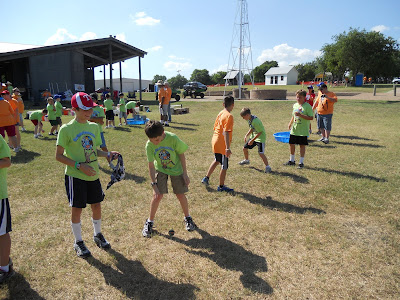 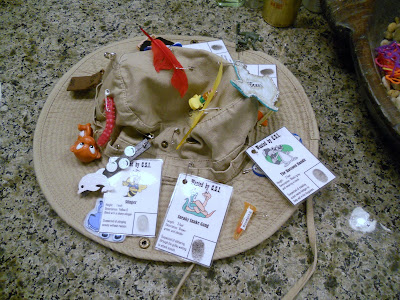 Harrison also had a blast on the Friday night overnighter.  Darren came up to camp and helped him set up a tent and they slept outside.  I'm informed that at night it only cooled down to 85 degrees - sounds comfortable huh?!?!
It was a fun year at Twilight Camp.  Next year I get to do it again with Ryder since he will be old enough to attend with his Wolf Pack.  I can't wait? 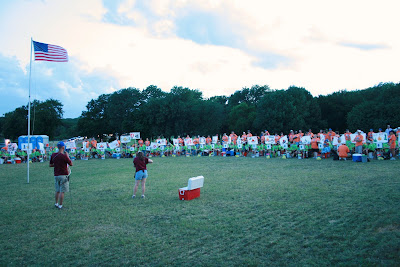 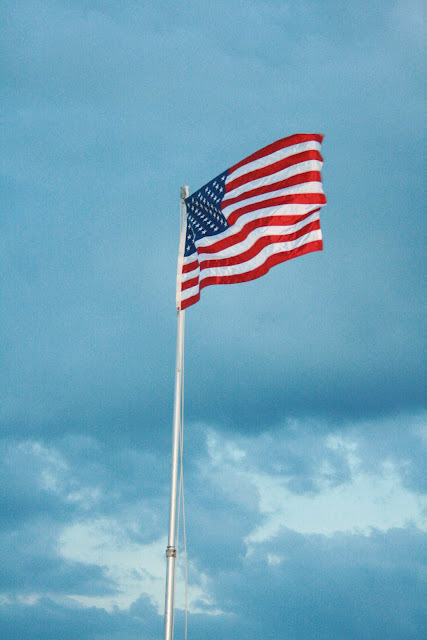 Harrison has a look of constant sarcasm on his face that absolutely CRACKS me up!!! he's a trip!