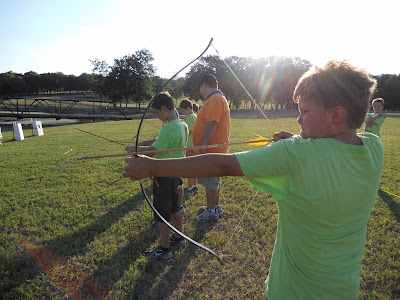 This past week Harrison and I spent our evenings at Twilight Scout Camp for Weeblos.  It was extremely hot (think 100 degrees and humid), but we managed to have a great time anyway!  Harrison had a chance to do some archery
and BB guns 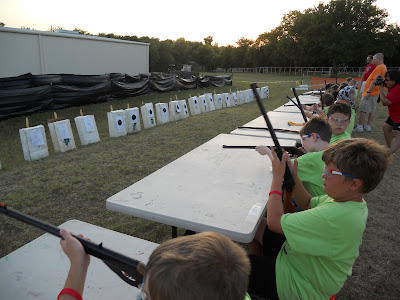 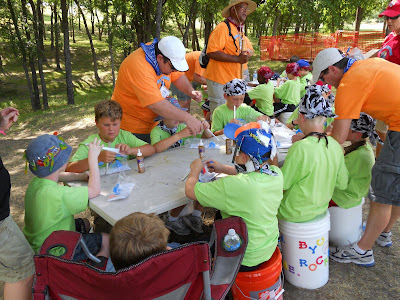 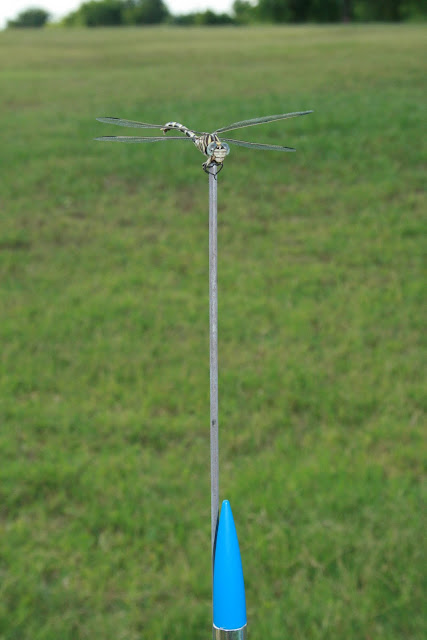 That is a real dragonfly on top of the launch pole - scout's honor.  Cool huh?!?! 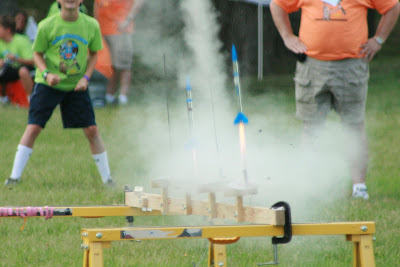 But eventually they were able to blast off!!  Unfortunately, Harrison was in the very first group to launch their rockets.  It sounds great, but what it really meant was that they were the test group and due to the angulation of the launch poles, Harrison's rocket ended up in the lake.  I guess that's what's called, "Goin' down in a blaze of glory!"
At the end of the first day our "Walking Den" won the Spirit Award for doing the most chanting and singing as we moved from station to station throughout the evening.  As a reward we got to be in charge of raising the flag during Opening Ceremonies the next day.  The boys did a really great job! 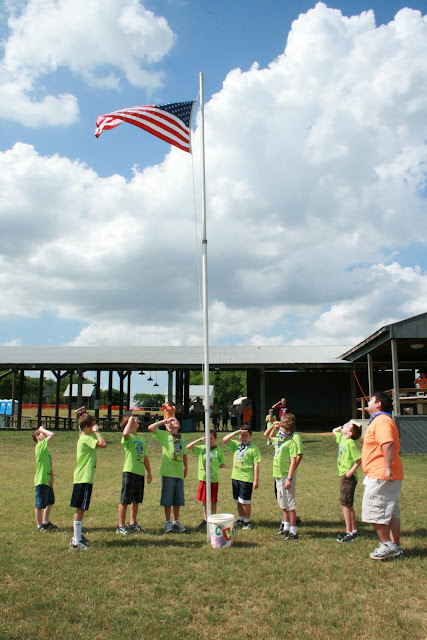 Of course the best part of all was that they got to just chill (maybe not the best word considering the weather!) with friends. 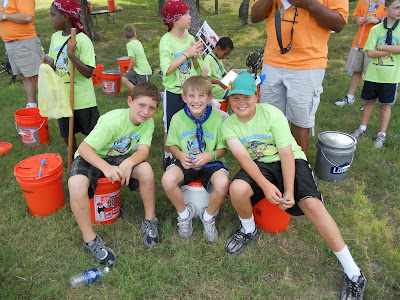 You are a trooper for hanging out with all those boys in such fabulous weather! Loved the dragonfly on the rocket!